THE CONCEPT OF BECOMING A SERVANT AS A PATH TO GREATNESS does require humility—a humility that is sometimes beyond the egos of some who are pursuing a career in the entertainment industry. But this is sage and sound advice. Stacy Milner knows of what she speaks. I had the distinct pleasure of working with Stacy for over six years while I was Chairman of the Paramount Television Group. I suppose I could say she worked “for” me, but I prefer to say she worked “with” me because that more accurately captures the essence of our relationship. Executive Assistants, working at the highest levels of studios and networks, are truly an extension of the office they represent. The best, and Stacy was truly one of the best, are a positive reflection of not only the executive but also of his or her style and competence. If the Executive Assistant takes the time and makes the effort to truly learn how the industry works, that knowledge will always make their executive more effective.

Although I took a slightly different path in pursuing my career in entertainment, I shared the principles that Stacy espouses in Leveraging Up!I wanted to learn this business from the ground up, and began working on television shows while I was a freshman in college. My first job was as a security guard on an old ABC rock show called In Concert. I was later promoted to a “gopher” and went on during college years to work as an assistant to the Producer, Associate Producer, and Director while pursuing my undergraduate degree in Broadcasting at the University of Southern California. After attending Harvard Business School (a bit of a right turn for a creative type), I took a job at Universal Television as an Executive Assistant to the Vice President in charge of ABC. Secretaries (a politically correct term at the time) earned more than I did, but I was thrilled to have an opportunity to continue to learn my craft at a major studio, which in my mind was just a larger and more glamorous Hollywood campus.

The value of a desire and commitment to learn the nuts and bolts of show business are behind every page in the book that follows. In Leveraging Up!, Mrs. Milner imparts lots of practical and pragmatic advice—effective organizational tools and tips that will serve you well. This wise instruction is exactly what helped her and her husband Ted to create one of the most respected employment agencies in Hollywood. I implore you to pay close attention to the spirit behind her words. Stacy Milner “gets it” on every important level. She understands what it takes to get ahead, has the passion and perseverance to accomplish her goals and now wants to share that with you. In short, work with her. I did and was honored to do so.


Back to The Book 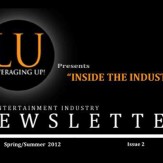 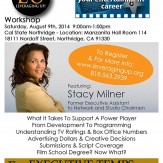 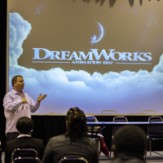 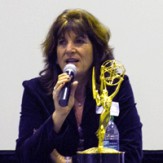 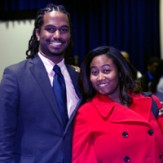 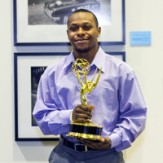 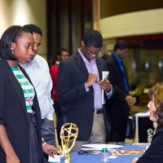 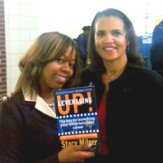 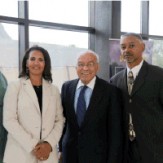 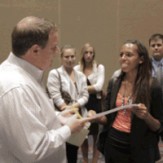 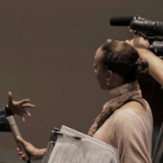 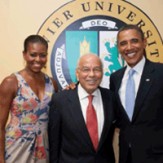 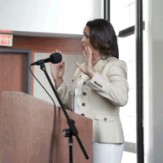 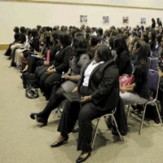